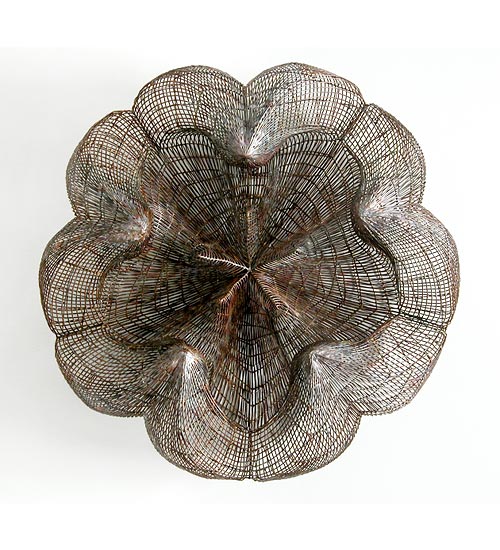 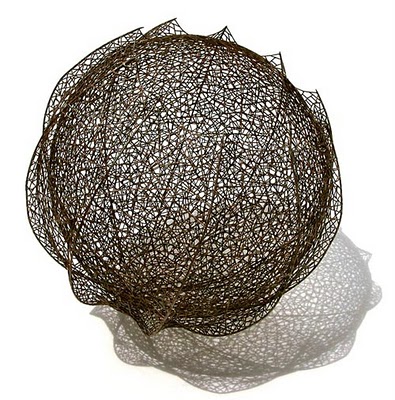 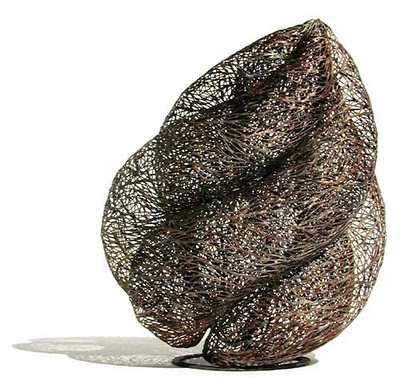 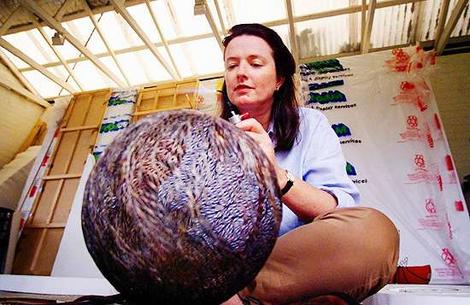 Bronwyn Oliver had that rarest of all skills: she knew how to create beauty.

It might seem facile to read her life, and her death, into the works, but she was so much like her work: simple yet complicated, fragile yet strong, eccentric though oddly straightfoward. She was a deeply awkward person, but it was this awkwardness that lent her works their peculiar grace, that made them interesting. The shadows cast by the object were an integral part of the artwork, and sometimes the shadow would be more powerful than the object, become the work itself. One wonders if her extraordinary industriousness was a way of warding off the shadows that finally engulfed her.

An extremely guarded person, she gave an unusually candid interview a few months before her death, revealing insights into a painful childhood and complex feelings about parenthood. She had no children, and several of her works referred to barrenness in some way – the suggestion of a shrivelled pod inside the lacy carapace of the larger shape, for example. She loved her years of teaching art to small children at Cranbrook – a career she could afford to retire from a couple of years ago – and one wonders whether the responsibilities and human contact of this job helped to keep her aloft. Although she had an angular sort of personality and could be brusque at times, she had a touching nature, and a surprising, almost old-fashioned unworldliness. At the same time the covert aggression and defensiveness of some of the works hinted at an inner darkness: as she said, ‘I haven’t made an innocent work in a long time.’

Bronwyn was modest yet utterly sure of her vision, secure in the confidence of her originality. Her art was fully resolved – perfect, really – and she stands alone in the annals of Australian art history. There was no-one like her: she invented her own deeply intelligent form, and entered fully into the world that it opened out to her.

Her most successful works were like a flourish, a single expressive gesture. The idea of the work was always perfectly worked out which gave the finished object a wholeness, an authority and sense of inevitability, as though it had always existed. There was an astonishing clarity in the entire thinking behind her work. Her titles, apt and always sophisticated, were an integral part of the work, a clue into the meanings of her unique conceptual language. The objects were painstakingly produced, and sometimes – but only if the work was not entirely successful – slightly tortuous. Of course we will read her work this way now – for the moment the shadows will dominate the art, and will change the way we read it forever – but nothing can alter the resilience of the works themselves, their eternal elegance, intelligence and beauty.

I'm still trying to recover from the story of Bronwyn Oliver.  The painful parallels.  Her work is beautiful, intelligent....and silent.  Silent like the hours and hours she spent alone - the existence she had in the world that created them.  moving.