Horror Vacui Opening at the Pence 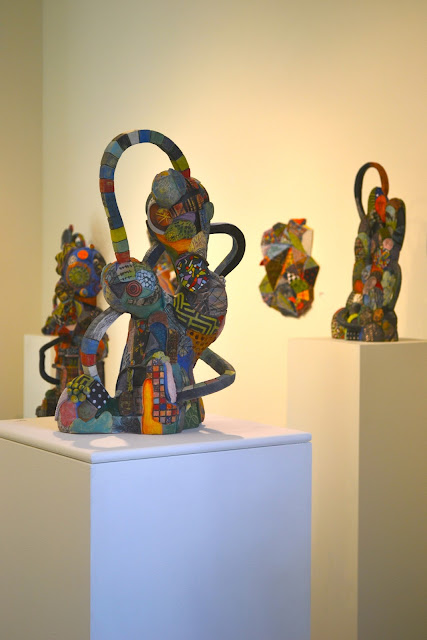 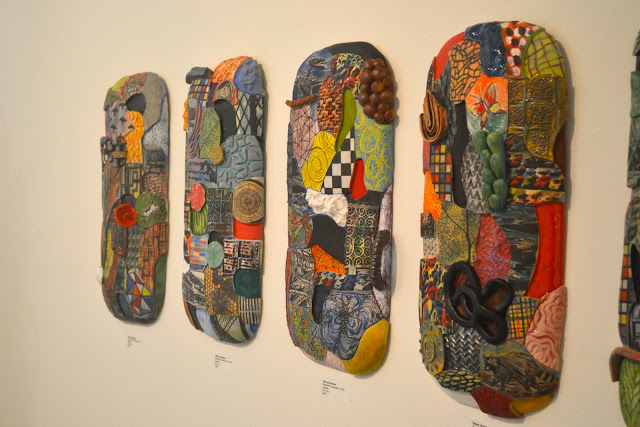 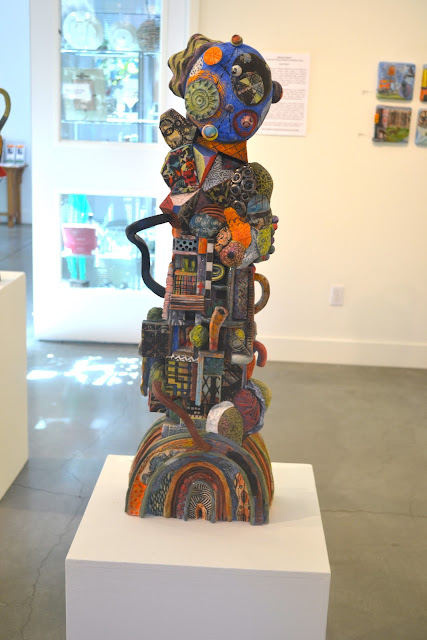 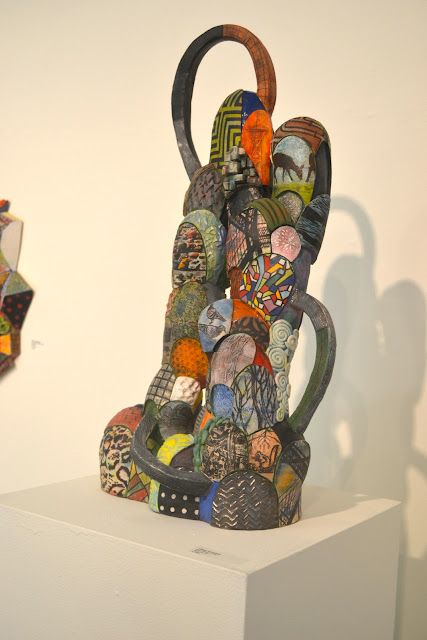 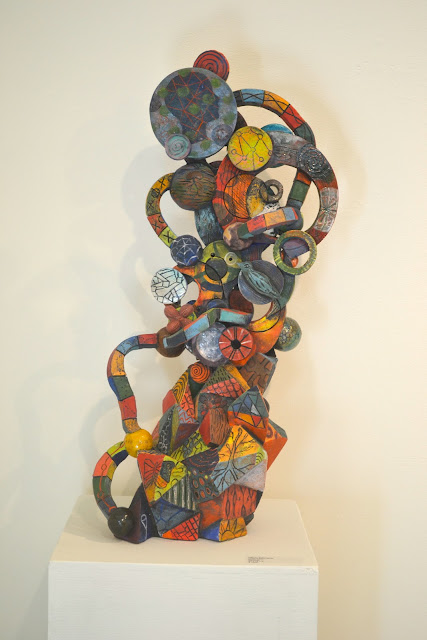 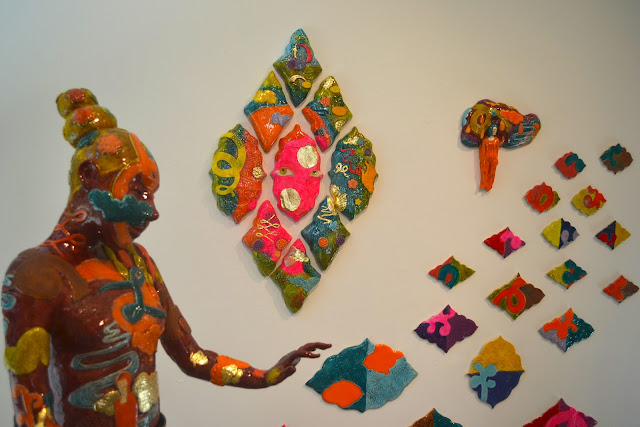 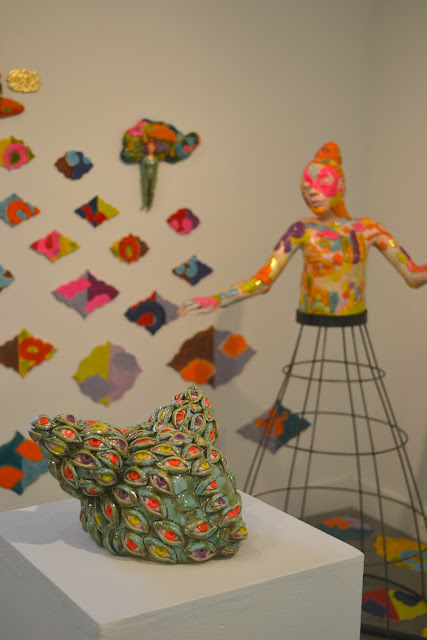 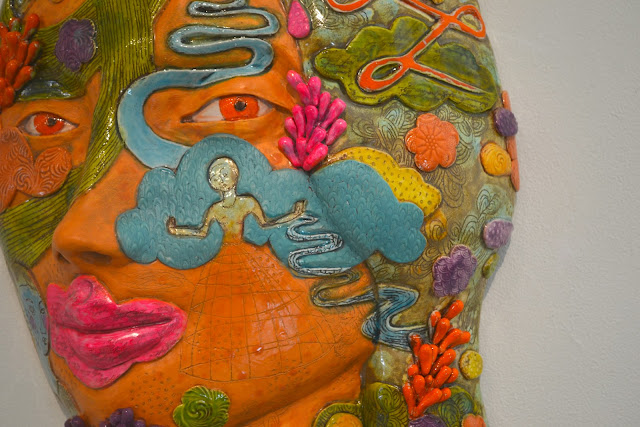 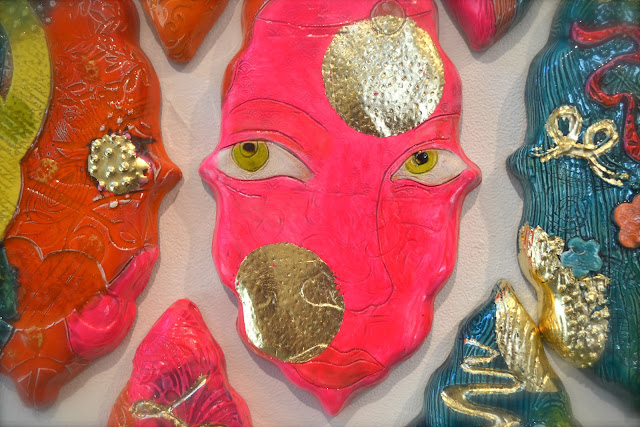 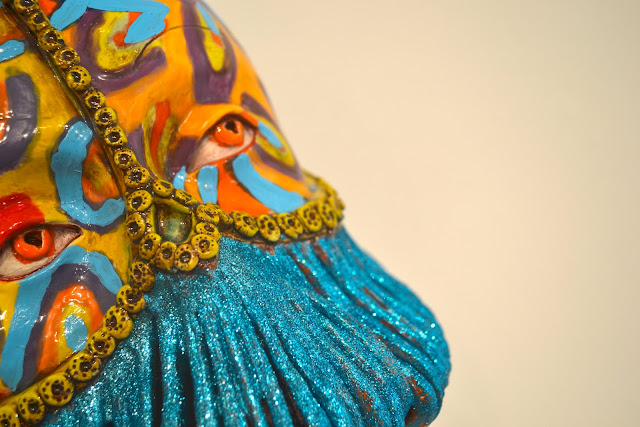 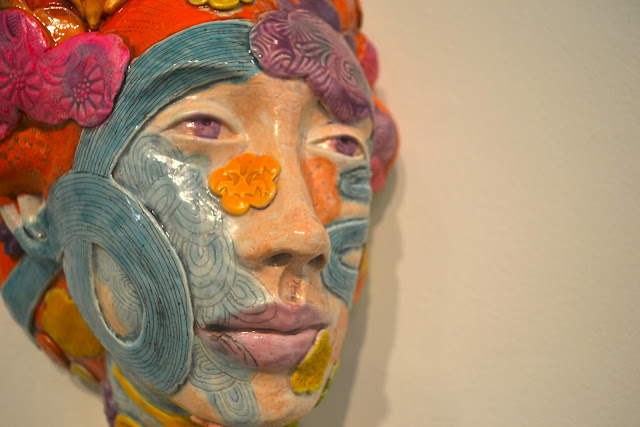 Tiffany Schmierer and Sharon Virtue are literally the two most influential people in my life.  Both have been amazing mentors and friends.   They have guided, influenced and inspired me from two vastly different angles and styles, yet as you can see their work, there are some significant style references to one another and there is a compliment in the overlap of their work.   I met Sharon in Jan of 2006 and Tiffany a short time after that.

The show opening was an interesting and mixed with so many converging aspects - sounds about right for a show entitled "Horror Vacui",  Art imitating life.   There was another show up in in the "big" room called "Slice".  Some nice work, I was technically not allowed to take photos, but in the show was Shenny Cruces masters work.  I took photos (shhh), but I'm not posting them because they look so flat.  Shenny's piece is literally glorious and deserves at least a decent representation, my photos are indecent - hahaha!   I had a chance to see part of Shenny's piece at a past CCACA, but not in it's full glory.  And it is glorious, grand, beautiful, nostalgic, modern, incredibly detailed and lush.   I looked at it over and over, over again.  Really, it stole the show.

We've been waiting for this for about a year.  And both shows were great; I wouldn't have missed Tiff and Sharon's, and it was nice to see Shenny.  But, for me there was a tinge of sadness there.  Of course, I'm projecting, but it was there and resonated with me. I didn't notice it at first, but did after as I downloaded photos and thought about it.  Shenny...and she looked so beautiful.  Also, Sharon's off on on another big adventure - she's famous for adventure;  moving to the UK for a couple years to pursue her Masters.  I'll miss her.  She is the most vibrant light I know.   Honestly, you could live a couple lives and I don't think you'd meet anyone like her.   There is great change for her; she just moved out of her home/studio of 15 years, recently married,  and off to a very different life.  I'm super excited for her and of course, need to find a way to get to London - a place I love!   And, for me, a lot's changed, my whole work is a "WIP".  I will likely not be going back to Skyline, where my crew is, we've scattered a bit to the four winds.  I didn't make it up to Davis' CCACA this last year because I was ill, first time in five years.  I've held on to the idea I can still go to Skyline because it's a home base for me, my fellow studio mates are there, Tiffany is there, these guys are my creative family.  But, really, the time is right for me to let go and focus all my energy and attention on my own work/studio/business.  So yeah, there you have it.

You know when you can almost see that some thing, a time, something significant to you.. well, you can tell that it's ending.  It's not at all bad, in fact, the other side of that ending as you know is a beginning.   Excitement.  Possibility.  Opportunity.  So as a thing, or "a time" ends in your life it's likely something new has already started, but you're still a bit attached to what was, you are still looking back.  Well, that's what my experience was....
So, there's sadness that precedes an end and excitement for what's up ahead.
Saying goodbye to friends and seeing them off.

p.s. The good news is Sharon & I are doing Renegade in LA end July.  Before the goodbyes, there'll be a road trip and a second wedding.  How great is that!
Posted by Linda Fahey