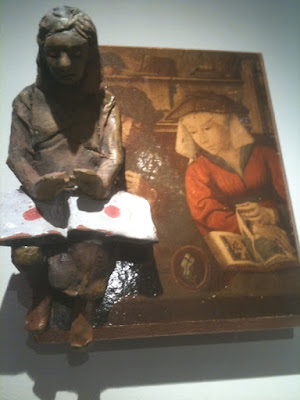 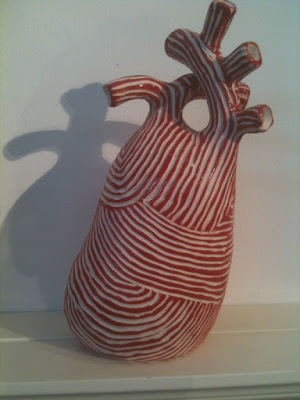 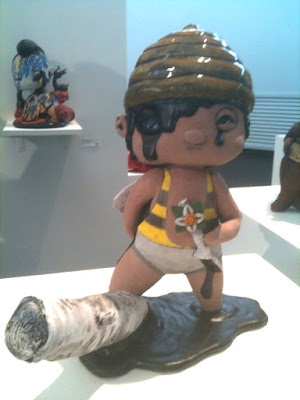 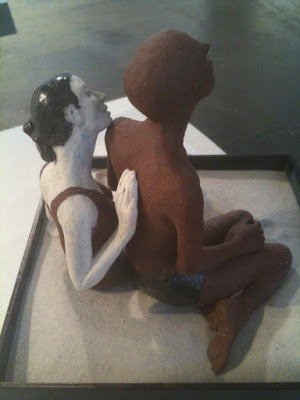 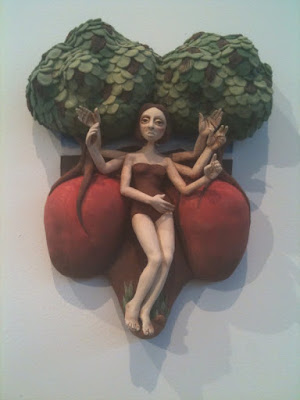 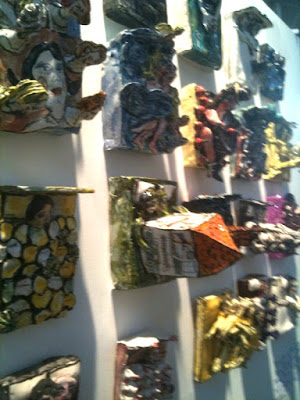 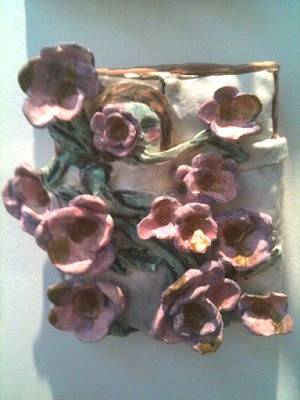 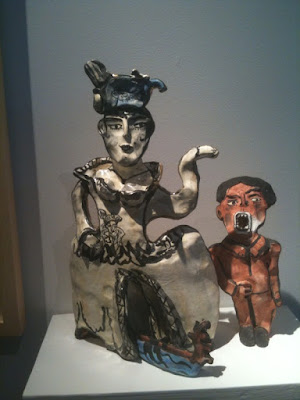 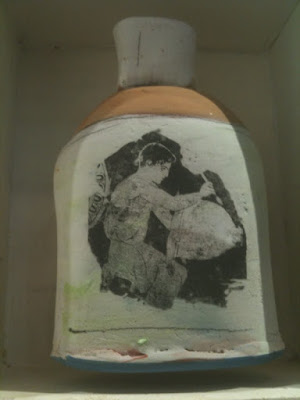 Here are a few pics that I took - I went to Reception Night on Thursday.  I thought the show was very well done.  The lighting was a disappointment.  Pieces were area lit, but it was too greatly contrasted against not enough general light - so the effect was "dramatic" lighting - and not in a good way!

It did have a CCACA feel to it as well, which isn't a bad thing only because John Natsoulas is heavily involved in creating this show (with John Toki of Leslies Clay in Berkeley).

I like the opening nights - a lot of people to talk to about their work and the atmosphere is usually party-ish!

Lauren Ari was stand out for me!  Here all this time she has been over in Berkeley and I've never seen her work or met her! I instantly became a fan.  I love it.
The other was Carmen Lang - her small sculpture vignettes were so gestural, sweet and subtle.

I confess, though I have a 3 day pass, I've not been back - it's been a tough weekend with the fire disaster and  a friend losing her home - there is still one person from work not accounted for and just hearing other stories about what is happening is sobering.

I am going back to the CAA on the end side of today; helping pack up some work.

It would be great to hear your thoughts, opinions, feelings about the show?
Posted by Linda Fahey